Banner made by the lovely

If you want, listing a few of your interests or whatever would be cool, too.
My fanfiction will remain unlocked always.
:)

Summary: John and Sherlock have sex with an expired condom. But it's not John's fault. lol Title kinda says it all.

Riddell and Nefertiti went back to explore the African plains in 1902 after their stint with the Doctor; they stayed with each other for 7 years, until Nefertiti got pregnant and had a baby girl (she passed away while giving birth). Riddell moved back to England and raised her and eventually saw her get married before he died. She got pregnant in 1939, right before her husband went to fight in World War II; he died during battle, leaving her to raise their daughter all by herself. The baby (a girl) was born later that year. She grew up, got married, and had a child – Gregory Lestrade – in 1967. He grew up to become Detective Inspector at the New Scotland Yard in 2012.

What do you guys think?

Summary: When Steve, Clint, and Natasha get stuck in a room in Stark Tower with seemingly no escape (and seriously, why does Tony have those kinds of ridiculous defensive systems, anyway?), they attempt to find a way out.

starshinedc and I bought these dice that you roll and are supposed to make a story out of the images on them. This is what we came up with when we rolled them. We rolled one at a time and played a mini Round Robin game with it.

It was obvious to everyone except myself that I wouldnt be selling many pies today especially with the price of fish and suchlike but being the possessor of a stubborn streak I refused to crumble and fold and as if the Gods deemed I had earned myself a slice of good intention out of nowhere Barney Betsington appeared and offered me a nice tempter for the whole shooting match I said Barney you have put a sunshine smile upon my face when all I was feeling was the cold bite of winters anger.

SERIOUSLY. THIS IS THE BEST DAY EVER.

And yeah, that is totally the .gif he reblogged.

Also, if you've never seen Your Grammar Sucks (a series hosted by Jacksfilms on YouTube), you need to see it. Just watch this video (it's the best of):

So after watching Men in Black 3 and The Avengers,

starshinedc and I decided to write a crossover fic. Yeah.

I made this graphic/picspam thing a) to promote it and b) by posting it, hopefully it gets our butts in motion. Because right now we literally only have like 100 words written. XD 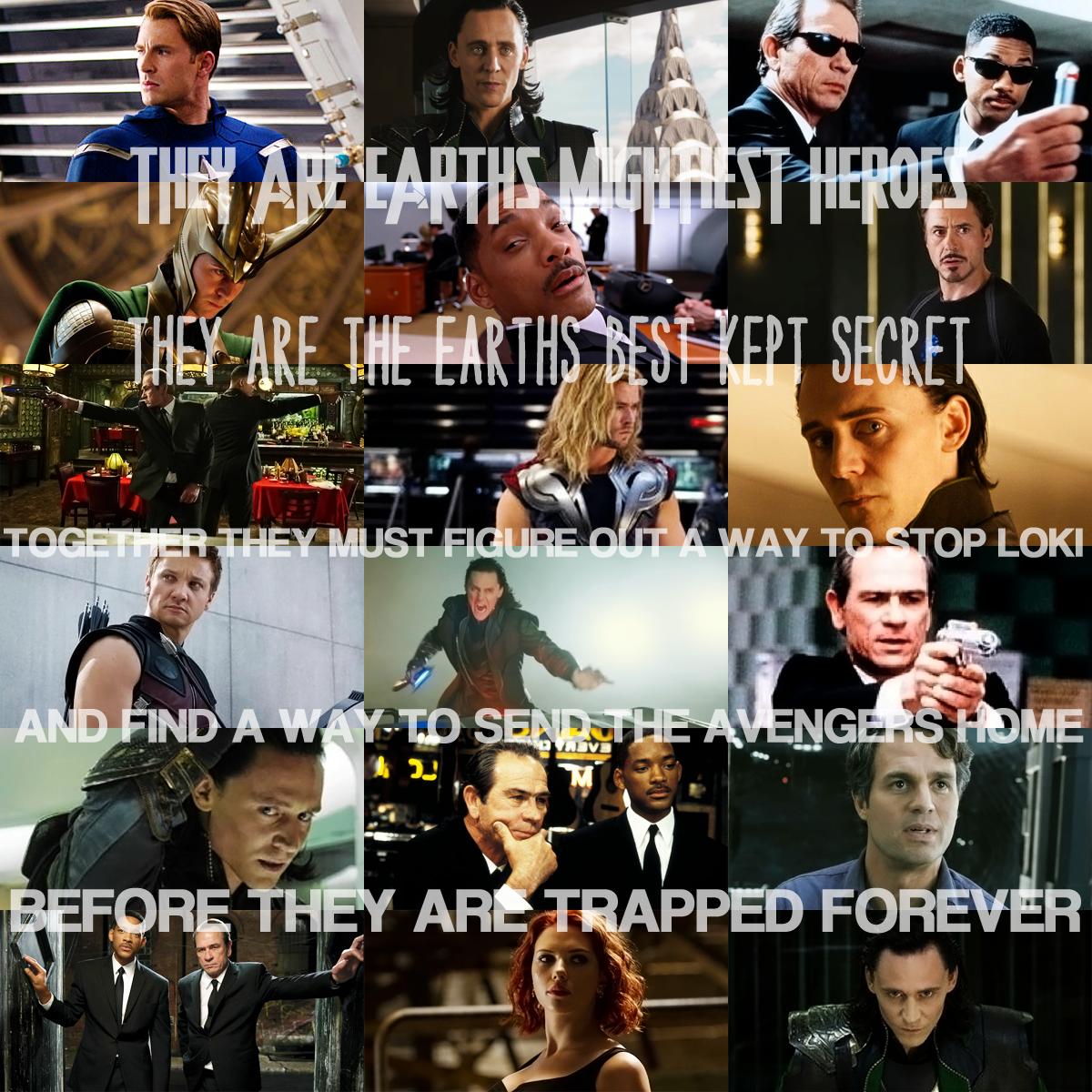 Post #01
I'm not sure how many more posts I'm gonna make, but I do plan on making more icons. This is literally just from the first 45 minutes or so of the movie. lol

Remember, if you take:
+ Credit